4 cases of consequences in legal interpreting 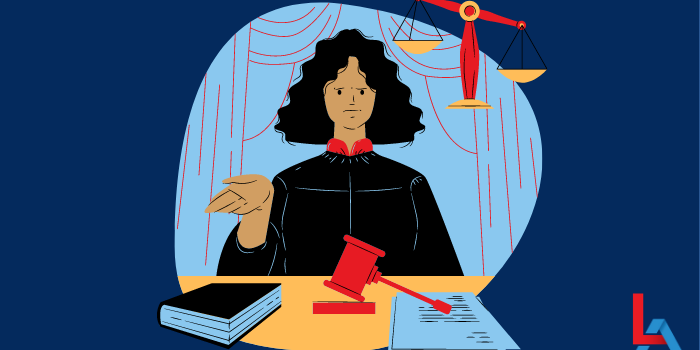 If you want to expand your business, interpreting and translation is a required service in today’s global economy. But in law, it’s always necessary to count on someone who provides this assistance. There are legal cases that involve people from other countries or languages, and even more here in the U.S. where almost 70 million people speak a foreign language at home!

But have you ever wondered about the consequences of bad interpreting or translation in the legal field? It can be really dangerous. According to research from the University of Western Sydney, interpreters that don’t have appropriate training and experience can make big mistakes that end up in wrong verdicts. This can be lethal in countries with death penalty (and of course, horrible to those that are convicted when they actually aren’t guilty).

Check out these cases of bad interpreting and translation:

1- The bad interpreting that costed more than £30,000: In Craigavon Crown Court, in northern County Armagh, Northern Ireland, a rape trial that involved two Lithuanian men was taking place. One was accused of rape, sexual assault and false imprisonment towards a female victim, and also had charges of intent and actual causing bodily harm to her ex-partner. The other was accused of also causing bodily harm to the ex-partner. Both denied the charges.

But according to the prosecutor, some interpreters weren’t sure about the accuracy and reliability of the interpreting from the victim’s evidence. So the judge abandoned the case, explaining it was extremely compromised. The Department of Justice started an investigation to know how the unregistered interpreter was working at Craigavon Crown Court. The trial lasted one day and the cost was £30,891, which is approximately 438.818,02 US dollars. (Rutherford, 2014).

2- Lee, the wrongly arrested: In January 2008, an individual who was in a state of LEP (limited english proficiency) speaking primarily Korean and lived in Virginia, was arrested by police because of a warrant from the District of Columbia. He couldn’t communicate appropriately with the police, no one provided or offered any interpreting services for him, and ended up being held in a Fairfax County detention center for four days.

Eventually, he was released and wasn’t charged with any crimes because The Metropolitan Police Department said he was mistakenly arrested (Racoma, 2017).

3- The bad interpreting in Arizona: Between 1977 and 1982, three undocumented Mexican men were going to a ranch in Arizona for work, and they were kidnapped by three ranchers who tortured them. And at trial, they were provided with an interpreter that wasn’t capable of translating their words correctly, confusing the word ‘’cup’’ for ‘’toilet’’ or ‘’stick’’ for ‘’metal rod’’, so it was compromised and the attackers were exonerated. But the trial was later repeated with a Federally Certified Interpreter. (Almada, 2016).

4- The Norrköping case: There was a Kurdish-Swedish interpreter, whose name was omitted, that was known as reliable and had years working in the legal field. But in 2009 he had his license removed because he made interpreting mistakes such as omitting details and inventing information in a murder trial at Norrköping, which is close to Stockholm, Sweden. Before that, he even published a Kurdish–Swedish dictionary primarily for legal terms! (Accredited Language, 2016).

And there are so many similar cases. According to the Ministry of Justice, from 2011 to 2016 there were at least 2,600 cases that were delayed or suspended because of bad interpreting. So we expect that right now, those numbers are so much better.

But at the end of the day, with this information we want to highlight the fact that language interpreting and translation is key to the accurate development of legal cases that involve people speaking foreing languages. It needs to be a reliable service in order to really help the justice system deliver fair results and trails to everyone included.

You and your business don’t have to worry about that, because at Language America you can find the most responsible and dedicated interpreters in the U.S.!

3 reasons why you need a language interpreter in healthcare
May 18, 2021

What do you know about the English, Spanish, and Chinese Language?
April 21, 2021
Recent Posts
Contact Us
Please fill out the form below and and our team of experts will be in touch shortly.
Go to Top