What do you know about the English, Spanish, and Chinese Language? 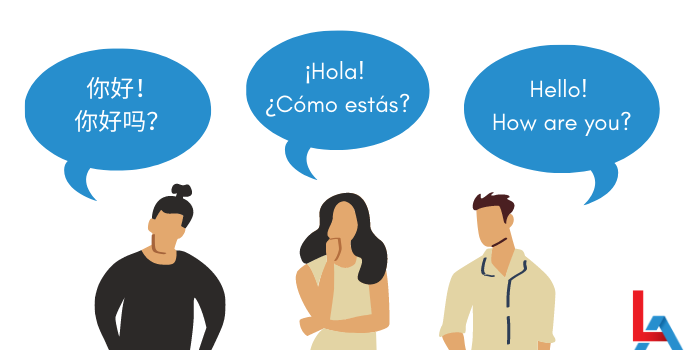 Let’s start with the English language. This one is the most spoken in the entire world with 1.35 billion people speaking it (native and not native speakers). This is related to the fact that English is the international language for business, entertainment, traveling, social media, and so many activities. This language is the official in almost 70 countries (Udemy, 2020), so if there are 195 countries in the world right now, it means that you need to know how to speak this language to be able to communicate in almost 40% of the countries in the globe.

There are approximately 375 million of people who speak it as their first language and 750 million that use it as their second language (Udemy, 2020). And according to Speakt (2021) English language has 25.3% of the users on the internet, and is the most used online. The majority of the content found on the internet is written in English and translated to another language.

So we can appreciate the big relevance of the English language in the modern world, but what about the Spanish language?

The Spanish language is the fourth language most spoken in the world right now with 543 million speakers (native and not native speakers). This is a very important language because it’s expanding around the world rapidly, and for example, according to World Population Review, for 2019 the Hispanic population in United States was 60.47 million, so it means that there is more Hispanic speakers in the U.S. than in the second, third and fourth Hispanic countries with bigger population (Colombia has 51.27 million, Spain has 46.75 million and Argentina has 45.61 million).

It’s the third most used language on the internet, where 8% of the users are speaking Spanish according to Speakt (2021), and this number is expected to rise. Furthermore, Martínez (2017) states that Spanish has become a “market language” because of the relevance it gained in the economic world.

And the last language (but not least important), is Chinese. Here we are referring to the Mandarin Chinese, which is the official language in China.

But when it comes to spoken dialects, there are between 7 and 10 in China, such as Mandarin, Cantonese, Kejia, Min, Wu, and Xiang, which are the most known. But for example, Mandarin and Cantonese are the most used in the country, and ‘they are completely unintelligible to each other’ (Bolotnikov, n.d.).

Now, the Mandarin Chinese is really relevant because it’s the second most spoken language in the world with 1.12 billion people speaking it. This can be related to the fact that, according to World Population Review, right now China’s population is approximately 1.44 billion, and around 70% percent of them speak Mandarin Chinese. Also, 19.4% of the internet users speak this language, as stated by Internet World Stats.

Finally, it’s needed to emphasize that the way all of these languages are spoken it’s going to vary based on the specific region, because they will have different accents, pronunciations, tones, or words. An example of this is how the accent in Florida isn’t the same in Texas, or how in China a lot of people don’t speak the official language (Mandarin Chinese) and that’s okay! Don’t worry, we have to remember that we all have different ways of expressing ourselves based on our context, just remember that Language America will be here to take care of those languages you need help with.

Bolotnikov, K. (n.d.). The Many Dialects of China. Asia Society. Retrieved from https://asiasociety.org/china-learning-initiatives/many-dialects-china

The Importance of English Around the World. (2020, February). Retrieved from https://blog.udemy.com/the-importance-of-english/

4 benefits of bilingual brains
November 5, 2021
Recent Posts
Contact Us
Please fill out the form below and and our team of experts will be in touch shortly.
Go to Top