How language shapes the way we think 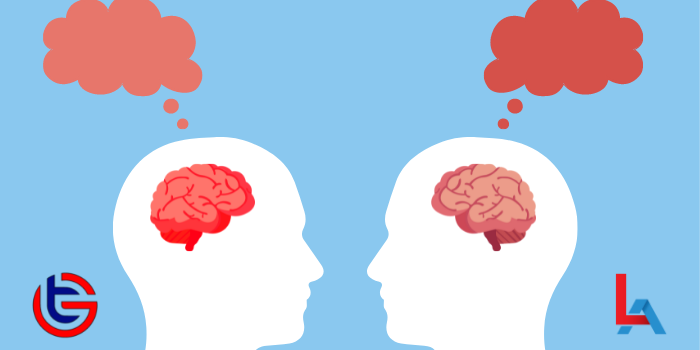 Have you ever wondered if the language you speak affects the perception of your reality?

That’s a really deep question that you may have never thought of. And surprisingly, the answer is yes! Our language helps us communicate our feelings, thoughts and ideas with others so they can understand us and give us their response. But it’s not just about expressing ourselves. It shapes our perspective of life, especially about time, space, colors, and even our thoughts.

Some researchers affirm that our language determines the way we view the world. Benjamin Lee Whorf, an American linguist, believed that language doesn’t determine thoughts, but it influences them. He created the theory of linguistic relativity, and it explains how people’s perception of the world is influenced by their linguistics (Fulga, 2012). Sociology Group (n.d.) explains that this theory is about the power of language because speakers perceive, accept and understand the world and their culture thanks to it.

According to Gibson and Conway (n.d.), there are approximately 30 words for colors in English language, but the Tsimane tribe from Bolivia only has 3 words for colors. And Danzy (n.d.) states that people who speak Swedish and English usually refer to time ‘’by distance’’, and people who speak Greek and Spanish usually refer to time ‘’by volume’’. So this means that a walk would be short or long for the first ones, but small or big for the second ones.

And according to Fulga (2012), English speakers have an orientation system based on the body and the position they are in (for example: to my right, to my left). But the language Tzeltal Mayan (spoken in a region of Mexico) has an allocentric orientation system, which means they express the locations based on the inclination of their land.

Cognitive scientist and professor in the fields of language and cognition, Lera Boroditsky, has been investigating this interesting topic for years. In 2009, she said that learning a new language was not easy because it’s not just about learning vocabulary.  You need to pay attention to certain things their native speakers do. For example, in the Chinese language the writing is done with symbols.  These symbols represent ideas, concepts and objects. And to speak it, you need to memorize the pronunciation of these (because each symbol is a syllable, but each syllable has 4 tones based on what you want to say and the intention), which means that if you want to learn Chinese, you need to completely change the perspective of speaking and writing that you have of your native language.

As Boroditsky (2009) states: ‘’Language is central to our experience of being human, and the languages we speak profoundly shape the way we think, the way we see the world, the way we live our lives’’. So what we can conclude is that it’s important to celebrate and respect our linguistics and culture, because they are part of who we are and part of who others are.

At Language America we enjoy helping people from every corner of the world to communicate with one another, because we collaborate with the connection, enrichment and evolution of their companies. Let’s keep bringing down the barriers of the world through language!

Borodistky, L. (November 6, 2009). How does our language shape the way we think?. Edge. Retrieved from https://www.edge.org/

Donnelly, E. (n.d). How Language Shapes The Way We Think And See The World. The Pimsleur Language Blog. Retrieved from: https://blog.pimsleur.com/2020/01/02/how-language-shapes-the-way-we-think-and-see-the-world/

Fulga, A. (2012). Language and the perception of Space, Motion and Time. Concordia working papers in applied linguistics. Retrieved from: http://doe.concordia.ca/copal/documents/3_Fulga.pdf

Gibson, T & Conway, B. (September 18, 2017). Languages don’t all have the same number of terms for colors. The conversation. Retrieved from:  https://theconversation.com/languages-dont-all-have-the-same-number-of-terms-for-colors-scientists-have-a-new-theory-why-84117#:~:text=Nonindustrialized%20cultures%20typically%20have%20far%20fewer%20words%20for,everyone%20knows%2C%20corresponding%20to%20black%2C%20white%20and%20red.

What is Sapir-Whorf Hypothesis and Explanation. (n.d). Retrieved from: https://www.sociologygroup.com/what-is-sapir-whorf-hypothesis-and-explanation/.

3 differences between language interpreters and translators
September 21, 2021
Recent Posts
Contact Us
Please fill out the form below and and our team of experts will be in touch shortly.
Go to Top